My usage of OnePlus One was a rather unexpected one.

I have been a Samsung Galaxy S3 user for quite some time, and up until this point, I still consider it the best smartphone I have ever used, in terms of value, build quality, customization options, flexibility and sensible design.

Owning a great deal of accessories, covers, spare batteries, top-notch screen protectors and more – I haven’t even been thinking about replacing it anytime soon.

It all changed when a co-worker called me up and offered me an invitation to purchase this device, which I have heard of only by proxy. I haven’t been following the latest trends in the cellphone market, so I was sort of unaware to the story of OPO and their vast attempts at marketing to areas outside their home market. 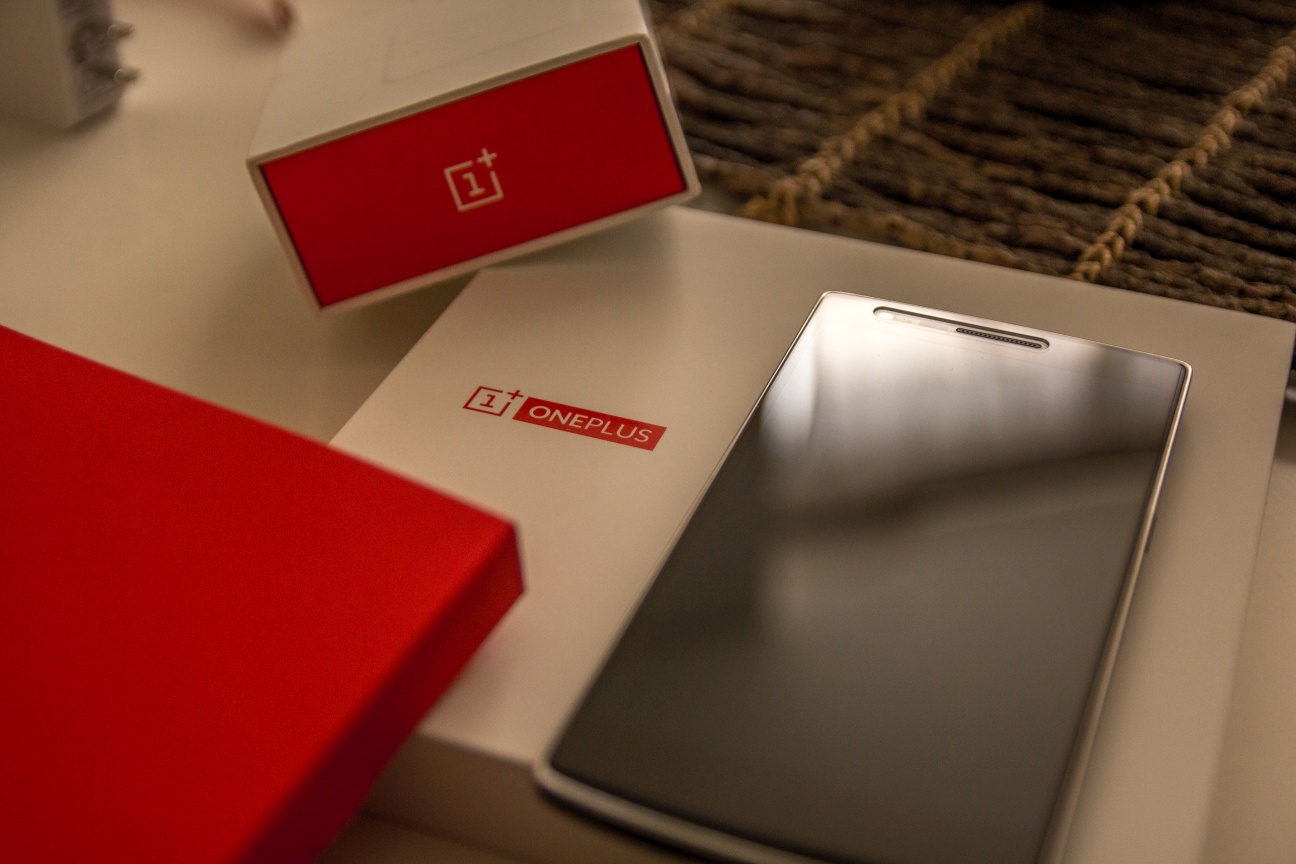 OnePlus One with the box – by Hila Yonatan

So, I stopped what I was doing, and began a fast-yet-meticulous research. What is that mysterious device? What does it offer? Most importantly – why should I stop using my all-time favorite smartphone in favor of some new competitor?

I took a night to sleep it over, and when I woke up, a decision has been made – I’m going to use my invitation and buy myself a new gadget. Yay!!!

Following a fast delivery, my OPO has landed, and I’ve had the chance of using it for a short couple of weeks, so I’m glad to review it and offer a summary of my experiences to you.

To start things off, I’ve gathered some technical mumbo-jumbo: it’s a 5.5-inch phone, with four cores that are meant to provide a smooth experience. Together with 3 gigabytes of RAM, which is more than desktop computers we’ve been using only a couple of years ago, the phone sure does react well…

The One comes with 64GB of internal storage (in the version I chose), but it offers no further support for memory cards, due to the unopenable nature of the build. This also means that the 3100mAh battery is irreplaceable by simply removing the backplate.

What else?… The camera is a top-notch 13 megapixels sensor, with dual flash and 2160p video recording, which is very very nice.

OPO runs Android 4.4.2, which was upgraded to 4.4.4 since I got it. It is a specific version of CyanogenMod11S, which I’ve used briefly on my S3 and haven’t been a fond of.

It ships with a limited set of pre-installed apps, so it’s clean and free of carrier-specific bloatware. Of course, it has the now-standardized set of sensors: proximity, gyro, NFC and all others you would expect a flagship device to have.

The phone also has no physical buttons, but more grievances about that – later… 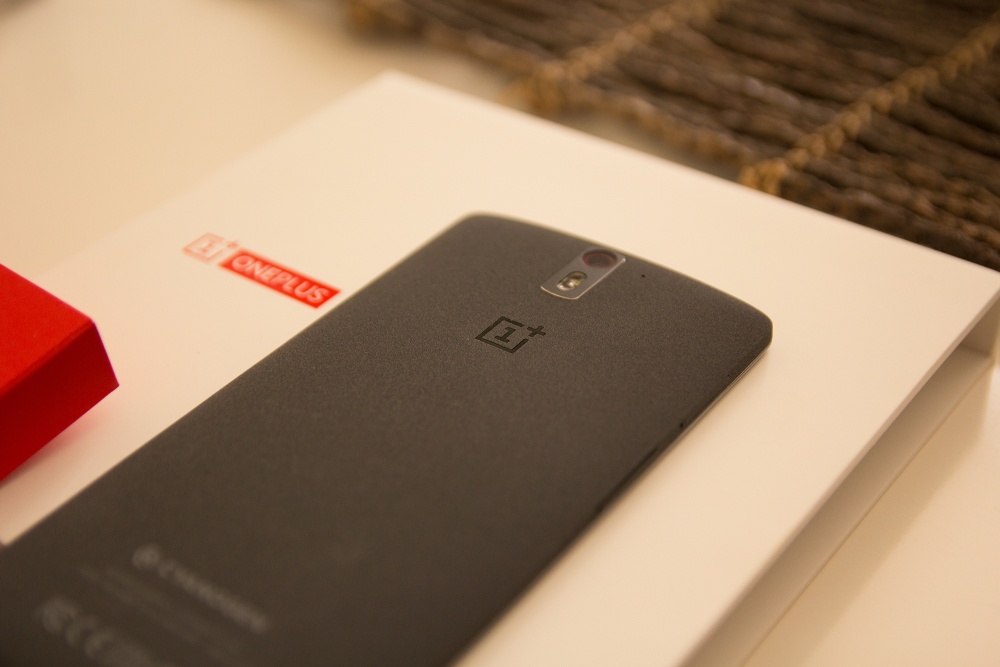 OnePlus One backplate – by Hila Yonatan

Let’s start things off by saying that the OnePlus One is a great device,
and priced at $350, I almost feel like I saved money by buying it.

The specifications are just great, the experience is smooth and lag-free (which I learned to overlook before). It’s fun to use OPO, being fast and reliable, not freezing or pulling off weird behaviours when I need my phone the most.

I really like the big screen. I am a UX designer, so I need to test products out on my smartphone. So, having a big screen really helps when I’m checking website responsiveness, showing off my portfolio or just seeking inspiration. The need to squinch my eyes is obsolete!

Other than that, the CyanogenMod11S approach suits me: the device comes clean of any carrier or branded applications (publicly known as ‘bloatware’) – it gives you the bare minimum you need to run your phone. It doesn’t feel anywhere near as bloated as the S3 felt when I started using it – when it was preloaded with all sorts of carrier junk.

Simplicity and cleverness runs throughout this smartphone – it arrives in a very nice package with the bare necessities: the device itself, a charger and a cable, and a pin to open the SIM card drawer. Whether it’s their ideology, or cutting down manufacturing costs, I really like it. No clutter, no ‘paperwork’… just what you need, which is a philosophy I can relate to!

Also, it has some cool features worth mentioning: rooting is easy and does not void the guarantee, it has a nice theming engine (a feature of CyanogenMod11) which allows me to think that I use Google L one day and LG G3 the next, a fast shutdown/power up feature, good sound options and full support of my existing peripherals.

A worthy mention is the splendid camera app. OPO’s take on the camera-gallery combo is probably inspired by Google’s own photographing app, but it sure adds to it in terms of usability and ease of use. It is, hands down, one of the best photography apps I’ve ever used, includes a variety of built in modes and settings – yet it remains easy to use and entry-level safe. EDIT: I have come to realize that the guys from XDA have extracted it and made the app available on other devices as well. Read all about it here. 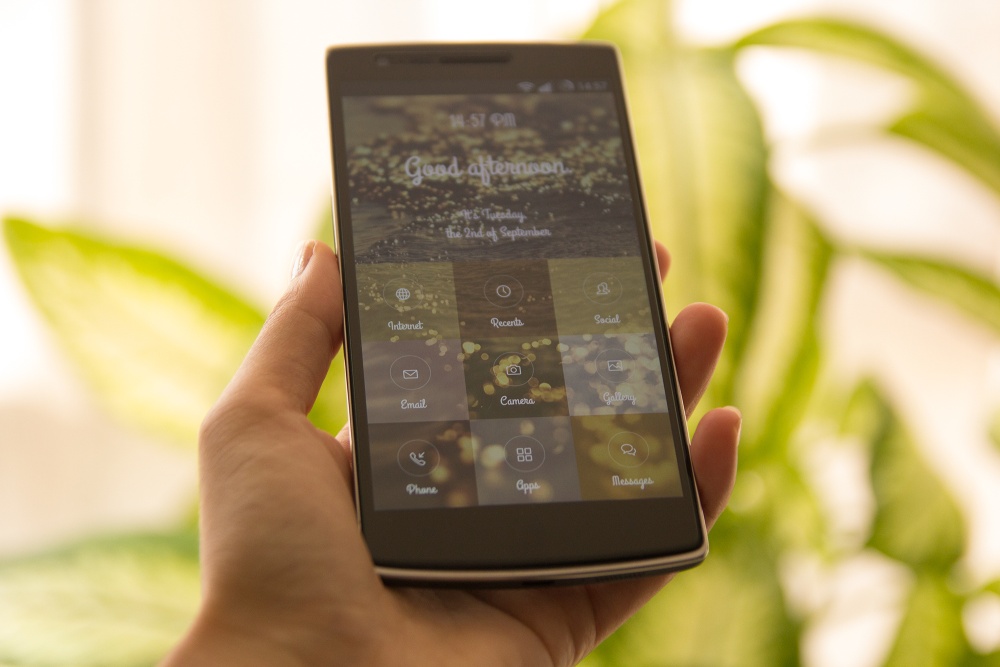 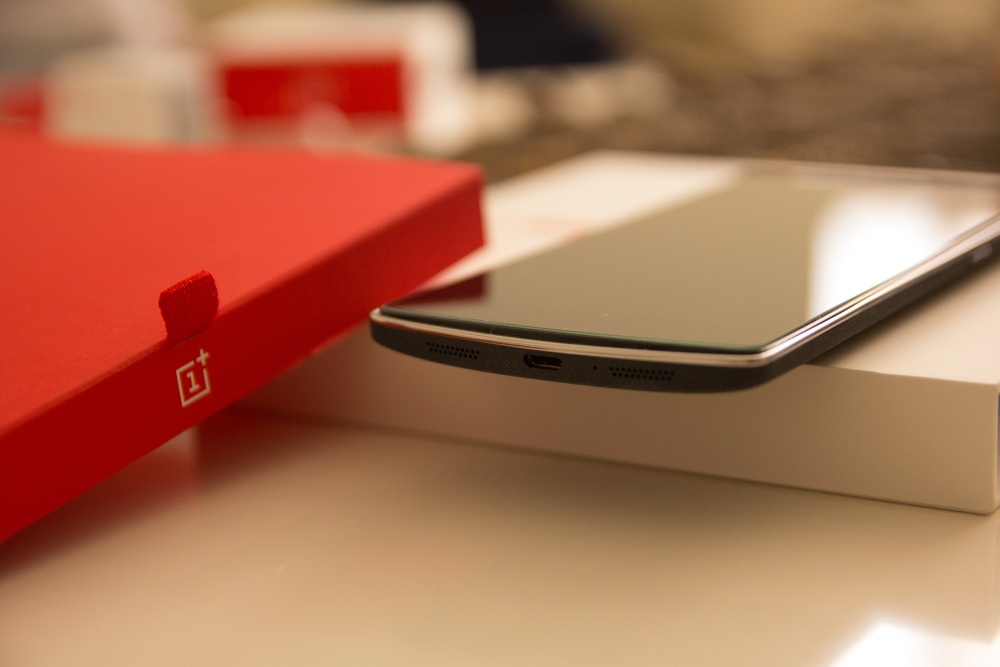 OnePlus One – by Hila Yonatan

What I liked… a bit less

Well, you must have thought that this phone is perfect, so, I’m obliged to criticize just a bit, to be fair…

The ‘clean-ness’ is a double-edged sword. I wouldn’t buy this phone for my mom, for example, unless I have the time to tweak and configure and install every app she needs. Some of the aforementioned bloatware is actually suitable for entry-level users, who won’t browse around the Play Store and test out different solutions – but place the device in the hands of a more knowledgeable relative while saying “make it work!”…

Other grudge I have is the fact that the device has no physical buttons, and the ‘home key’ area is a bit too sensitive – so often when reaching out for the space key in my on-screen keyboard, I accidentally press the ‘home’ key area and leave the app mid-word. In comparison, the Galaxy S3 had a physical button, which you have to press specifically in order to reach your homescreen.

I understand that physical buttons are more prone for breaks and replacements – but something should have been done about this over-sensitivity.

Oh, and, being a designer, I didn’t like the default look of the device, which is solved easily by changing a theme. The CyaogenMod team should have asked for my professional opinion…

Also, a potential buyer should really think if the size is suitable. Clocking at 5.5 inch, the OnePlus One is likely to stick out of your back pocket…
To top that, I am still used to a smaller phone – so I had to adjust myself to talking ‘the correct way’ – the speaker is located in the middle of the device, and the way I hold it, I wasn’t able to hear the person I’m speaking with very clearly. I still find myself re-adjusting the location of the phone while talking, so the speaker is properly aligned with my ear – something I haven’t had to worry about with smaller phones.

Another thing that popped into mind after several days of use is the size of the notification LED. Don’t raise your eyebrow just yet, let me explain.

In my Galaxy S3 I have come to rely on the LED, and I have used specific apps to customize the duration, the pattern and even the color of the blinks. There – the LED was big, as big as the light sensor, so I could look into my room and see the LED right from the doorstep. OPO’s LED is tiny. Pinhead-tiny. I have to pick up the phone to actually see what color it blinks this very moment. This is a bummer of sorts, as this is not evident immediately and it’s something so minor, that I wouldn’t even call it a grievance – but still, it could be slightly bigger and slightly more useful. 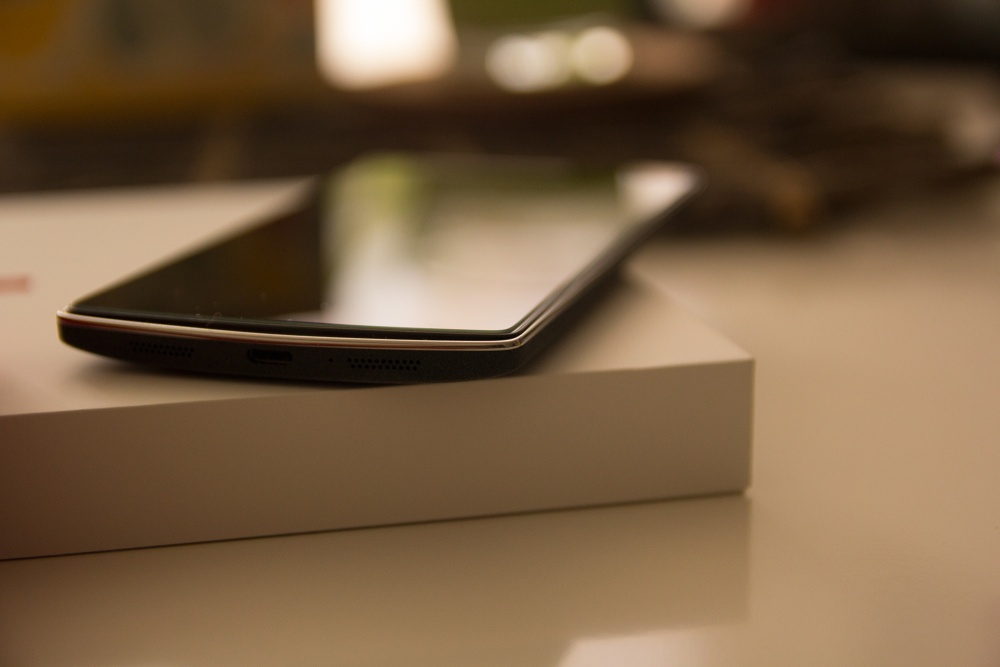 Afternoon at home with my OPO – by Hila Yonatan

To sum things up…

I really do love this phone! It feels good, it’s flexible and powerful and I’ll recommend it wholeheartedly to anyone who is thinking of upgrading their smartphone without overpaying.

There are still few things that could be worked out, but I think that it’s mostly software-based, so OnePlus could fix those things in the future! I give it… 9.4 out of 10.

This site uses Akismet to reduce spam. Learn how your comment data is processed.