Meucci is an Israeli startup that was founded in 2011, and developed a technology that allows end-users to communicate via voice and text globally, without requiring a data connection.

Following a lengthy process of UX design, the similarly-named app gained popularity especially in the US, as well as several emerging markets – and was reviewed and used all around the globe.

Meucci is basically a dialer app, which I’ve led from early stages. It allows the user to create groups GSM calls, chat with friends internationally and obtain multiple phone numbers. This project involved major investors and worked alongside various service providers (behavioral psychologists, branding agencies and so on).

Based on a competitors review, I’ve realized that we have a few challenges to overcome.
1. Differentiate the Meucci app from other telecom solutions, experience and features-wise.
2. To devise a user-centered product that would allow users to quickly benefit from the killer features (A. group calls, and B. virtual SIM-less numbers).
3. As we were planning features for later stages, everything in the app must be measurable from day 1, so data and new options may pour in for later evaluation.
4. Reach as many early adopters as we can and set a trend: the less users do, the more they engage. 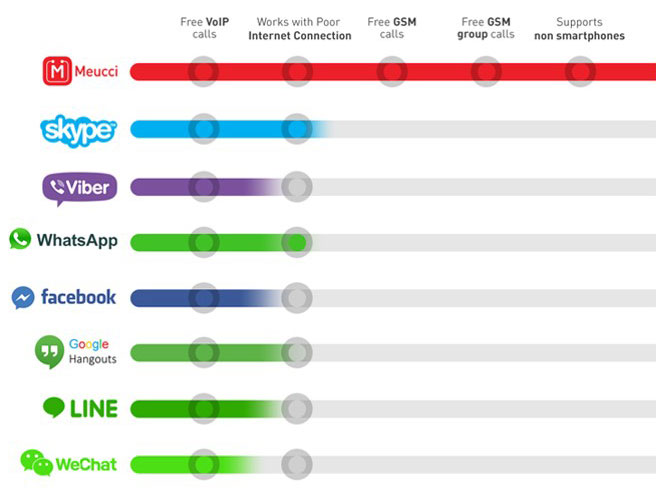 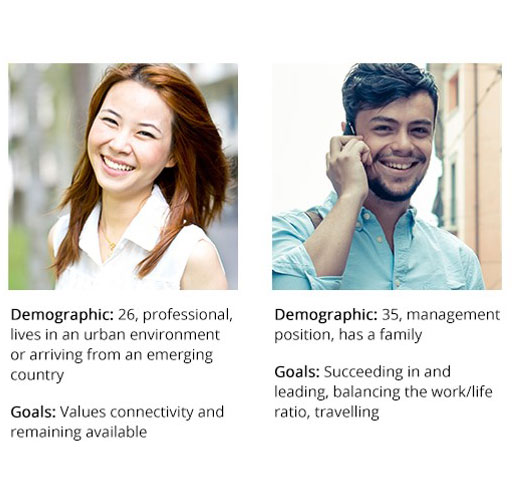 The project began with the desire to deliver the technology that Meucci has developed to a broad audience. This was to be achieved by the development of a mobile application that includes several unique features, such as group calling, sim-less virtual numbers (enjoying multiple numbers), transition from chats to calls (singular and group) comfortably, and so on.

The status of the project was a partially-ready technology, meaning that essentially, the app was to be made from scratch.

Additionally, we had to contemplate a future monetization options and their implementations within the business plan, as well as figuring out how to approach the user interface-wise.

The users we’ve had to approach were “phone users” in general, but to narrow it down, the aim was to target the 20-35 year olds. Additionally, another target audience was comprised of professionals, who would use the advanced features – and users from emerging markets, due to the low connectivity abilities of the app. 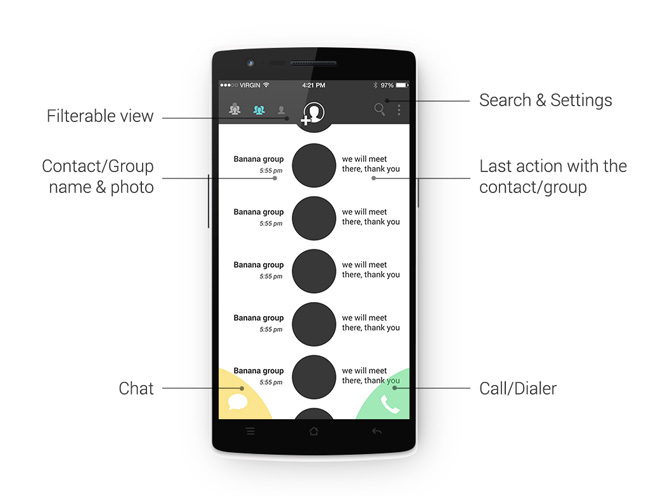 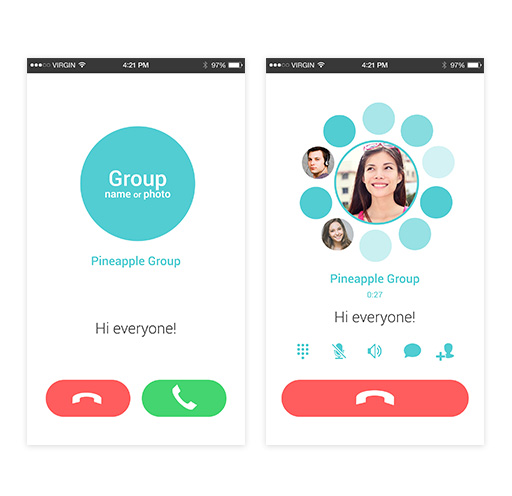 The project was then divided into two cardinal parts: international and group calls via GSM, and virtual numbers. For each part, we’ve researched and planned the UX-related interface options, split the tasks into smaller parts – then overlooking and managing the team up until the completion of each part.

Then – following the beta and the silent launch phases, we have conducted additional research, to find action items we might have overlooked. 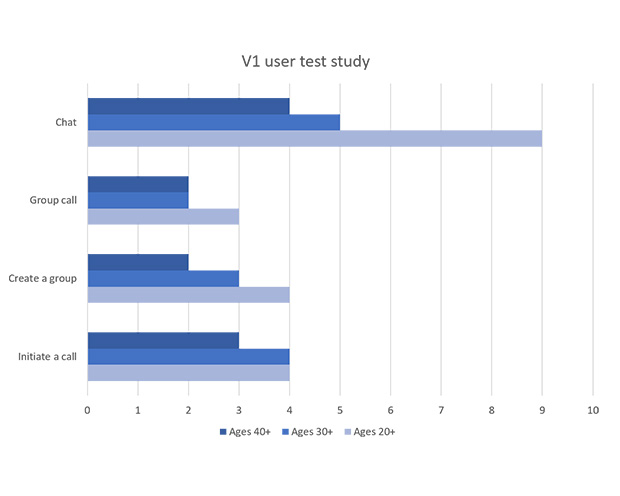 After conducting a short guerilla test and watching users’ behavior, I’ve reached several conclusions:
1. The permissions requests had to be explained better
2. A short onboarding goes a long way, in letting the user know what to expect
3. Users wanted to use the app without registering first
4. We had to create a familiar look and feel to the native dialer, yet deliver an unique experience. 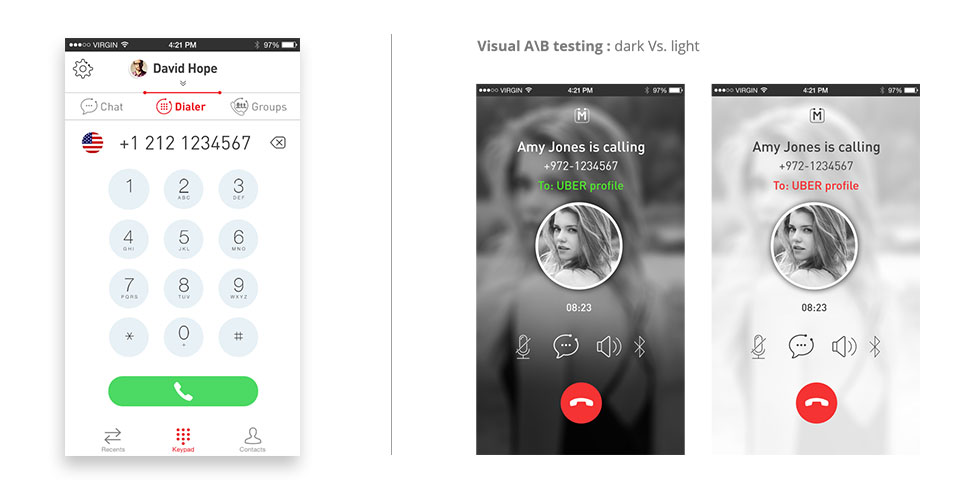 The launch was supported by a wide PR campaign in multiple countries (eventually focusing on the US), achieved a steady growth in user-base and was covered in a variety of magazines worldwide.

After becoming popular in third-world countries, where data and connection options are limited – the Meucci app has started gaining users in the USA, where usage patters indicate the appeal of the unique features.

At this stage, we have unlocked several new features within the app – such as the profile management and the virtual numbers – making it easy to switch from a work number to a personal one, for example.